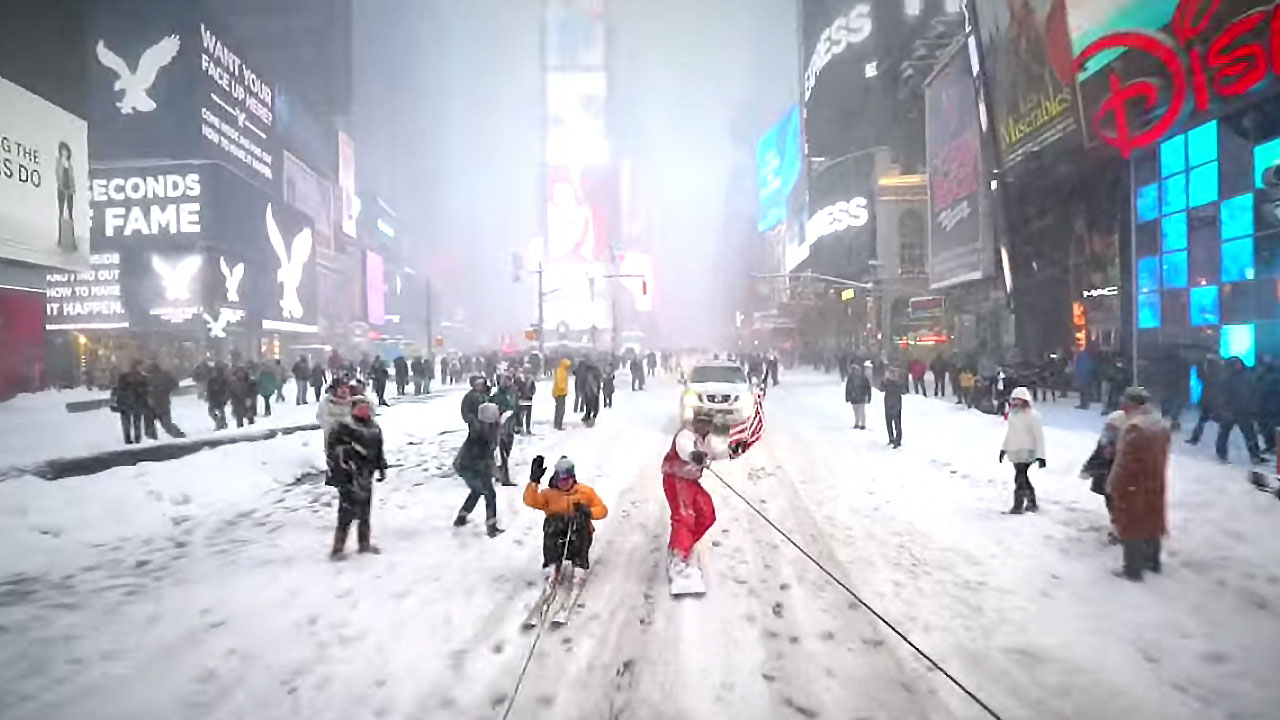 Posted at 12:59h in General, Lifestyle by Bruce from Orion Concepts
Share

Still recovering from the record-breaking 27″ snowfall from last week’s Blizzard Jonas, we present our second installment of Effing Awesome!

1. Casey Neistat Snowboarding With The NYPD

Saturday afternoon, about a day into the blizzard, New York City Mayor Bill De Blasio made the announcement that “no civilian vehicles will be permitted on the roads” essentially pulling the plug on our otherwise vibrant metropolis. A few rogue drivers haphazardly skid their way down the streets while those who dared, made the expedition-like trek on foot to our local grocery stores for last minute rations…ahem – booze. Meanwhile, in the heart of Times Square, our favorite YouTuber Casey Neistat and possibly the greatest hero since Superman himself, snowboarded his way through the streets in a victorious triumph of good over evil!

The blizzard set the perfect backdrop for comedian Bill Burr’s new series, F Is For Family. A Christmas Story meets Married… With Children in a raunchy animated package, Burr’s take on the dysfunctional American family is flawless.

While we’re on the subject of ‘Netflix and chill’, we have to mention another wonderful discovery called Manhattan Romance. A few familiar notes admittedly Woody Allen-esque but overall more subtle and less comedic – writer / director / actor / producer Tom O’Brien delivers an honest, soft spoken and odd little story about modern love in this crazy city of ours.

Sadly, we lost our beloved David Bowie earlier this month. Whether you remember him as Ziggy Stardust, the Thin White Duke, Major Tom, The Goblin King or any of his other incarnations, David Bowie is quite possibly the single coolest person to have ever lived. We’ll miss you, thanks for showing us all the true meaning of expression.